Tony Williams found what he thought may have been a Rough-legged Buzzard on Cholsey Downs. 13th March. It was seen and confirmed today, 15th March.
Roger Wyatt managed to track the bird down. 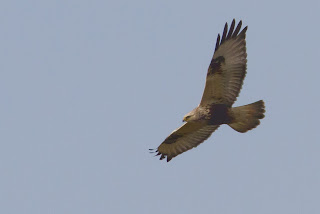