A 6½ hr walk around Cholsey today turned up three new bird species for the year plus a bit more!
Lollingdon Hill quiet, although a Meadow Pipit seen there yesterday. A field nearby that was being cut for hay had 15 Red Kites foraging over it searching for what they could find, a couple of Kestrels and several Buzzards seen.


A Grey Heron flew over and a singing Lesser Whitethroat north of the hill.
A Willow Warbler heard singing between the Lees and Aston Tirrold was a little surprising as not seen there before.


Good numbers of Swifts, Swallows and House Martins hawking over the farmland and 4 different Yellow Wagtails seen today at 4 locations.
The walk along the Bunk Line was fairly quiet but livened up once arriving at the river.


A Cormorant seen on the river and a Grey Wagtail sat on a moored boat, further along a Nuthatch was heard and 2 Marsh Tits seen near Bow Bridge along with several Goldcrests.


3 more Grey Herons along the river (1 adult and 2 youngsters).


Cholsey Marsh had all the regulars including 2 Lesser Whitethroats singing just to the north and at least 1 Willow Warbler on the marsh and again Swifts, Swallows and House Martins in evidence feeding over the river and the marsh.


There were 3 Common Terns feeding along the Thames by the marsh ranging downstream to the 4 Arches and back again. 60 bird species today.
Butterflies.
Meadow Brown (by far the commonest), Small Tortoiseshell, Small White, Large White, Green-veined White, Marbled White and a single Painted Lady.


Dragons.
A flooded field margin still retains 2 pairs of Blue Emperor, several Large Red Damsels and Azure Damsels, although it is drying out. Many Banded Demoiselles along the river but nothing else probably as it started raining!


Spoke to a neighbour today who saw 4 young Moorhens with 2 adults along the brook and there appears to be some fully-grown young seen a little upstream from the meadow! 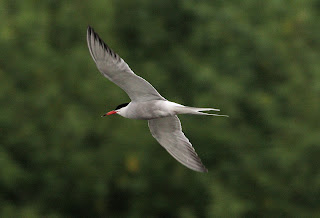 Common Tern (above and below) 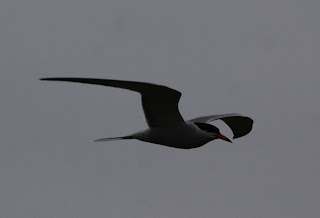 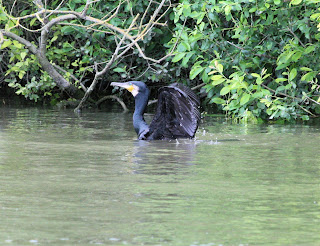 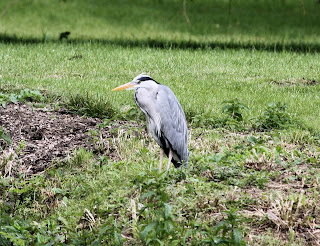 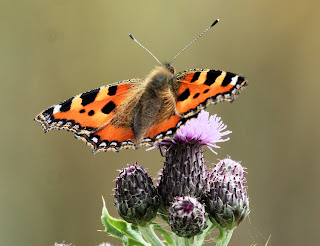