Another breezy day out at Lollingdon and a lot of harvesting going on.

Another breezy day says it all, I've thought this year has been windier than usual as I tend to notice it more out on the hill and the met office have confirmed it.
Due to the lack of high pressure systems so far this year, "which bring calm weather".

Some of the fields that have already been harvested and ploughed are now suitable for gulls to loaf about on with 50+ Lesser Blackback Gull and a few Black-headed Gull.

2 Raven flew over the hill and moved off towards Moulsford and a handful of Swift and Swallow over.

A fair few Chiffchaff around with 10+ counted overall, a couple of Song Thrush and a juv Robin noted.

A lot of 7-spot Ladybirds again. 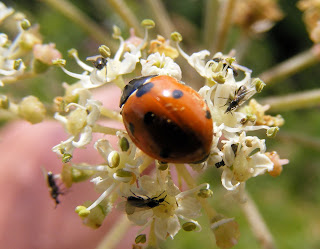 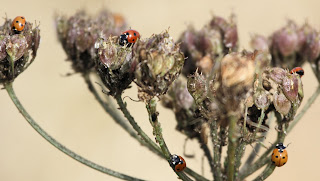 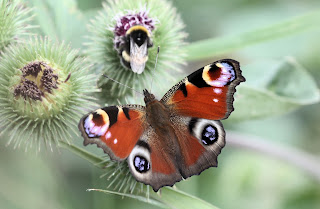 Email ThisBlogThis!Share to TwitterShare to FacebookShare to Pinterest
Labels: Raven