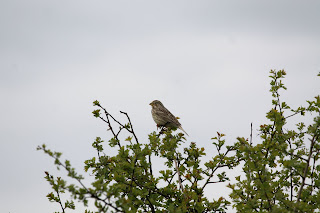 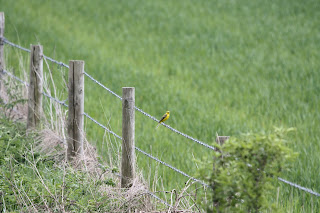 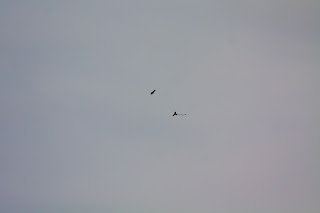 Red Kite and Buzzard. The Kite had a Blue plastic streamer hanging from it?


An email from a birder in Cholsey.


“Had my first Yellow Wagtail in west Cholsey today.
The Moorhens on Cholsey Brook have 3 surviving chicks (c.6 days old), no Blue tit eggs yet in the lined nest in my nest box (a box in Wallingford already has incubating Great Tits, which are usually later than Blue), a Dunnock nest in my garden failed with 2 eggs (cause unknown - female nobbled?), and today I had a pair of Starlings in the garden - very unusual.
A pair of Jackdaws became trapped in my neighbour's house while they were on holiday - you would not believe the mess. They came down the chimney and were surviving on the contents of a bowl of fruit!
A Buzzard was attacking the Rookery near the school yesterday, diving right onto nests (probably trying to grab the half-grown chicks).
An hour's ringing in the garden yesterday produced just 5 Blue Tits (3 recaptures). Neither of the females had a fully developed brood patch.”