Lollingdon and the Lees.
A day of raptors today, 3 Kestrels and a Peregrine Falcon near Lollingdon Hill, then a field of recently cut oil seed rape had 21 Red Kites and 3 Buzzards in or over it, in addition Sparrowhawk and Hobby seen.
Yellowhammers still singing, had around 7, also a few Reed Buntings and 2 Corn Buntings.


Several (8) Whitethroats seen (a few carrying food) and 2 Chiffchaffs but other warblers not very conspicuous at the moment although a Blackcap singing in the meadow early this morning.
Several Sedge and 1 Reed Warbler seen along the course of an overgrown stream.
A Yellow Wagtail seen feeding fledged young.


Approximately 15 Stock Doves noted out near Lollingdon and a few Skylarks.
A single Black-headed Gull on the playing field with a few Wood Pigeon.


Both Green and Great-spotted Woodpeckers seen and heard.
Only dragonfly seen today was a Brown Hawker.


Although muddy underfoot some streams and ditches are low or dried up. 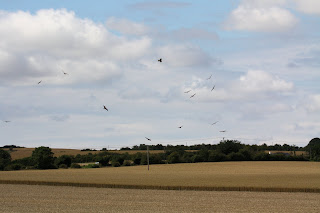 13 Red Kites, another 8 were on the deck 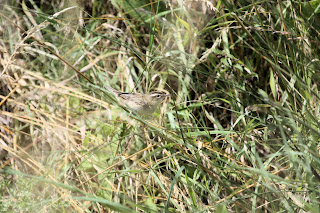 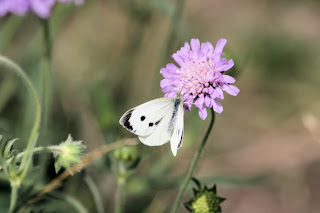 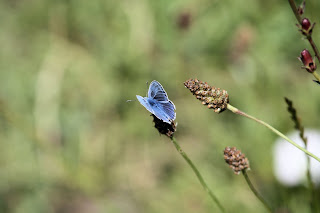 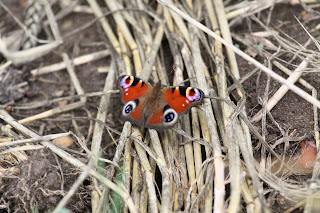 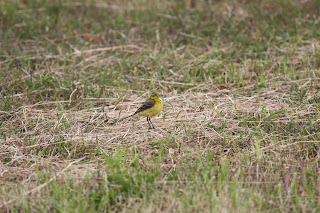 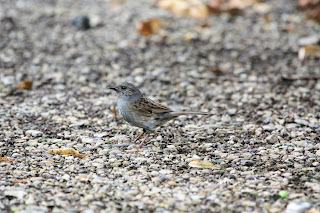 Dunnock
Posted by Oxonbirder at 18:27