Farmland species dominated today, with Linnets, Chaffinches, Reed Buntings and Yellowhammers in most hedgerows and plenty of Skylarks in the area, approximately 20 Stock Doves seen in total and a Little Owl seen. 2 Kingfishers along the brook near the Lees.
4 Chiffchaffs heard singing.


Still around 30 Meadow Pipits on Lollingdon Hill and 6 Corn Buntings, no sign of Wheatears but could still be present.
Several Red Kites, Buzzards and singles of Sparrowhawk (m) and Kestrel.


Very few gulls recently, 7 Black-headed Gulls flew over the church, a single sickly looking Lesser Blackback in the centre of a large field and a Herring Gull flew east over the Lees.
Very few Fieldfares (apparently a lot on the downs) seen and no Redwings and around 8 Song Thrush seen/heard.


Several Peacock butterflies and a lot of Frog spawn noted. Water levels quite low in all areas.


Another visit to Lollingdon Hill this evening produced a single Wheatear, also run into Tony W and Roger’s dog on the hill and started discussing what could turn up this year, as you do!


20+ Yellowhammer at the western end and 10+ Corn Bunting. 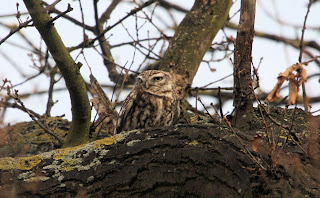 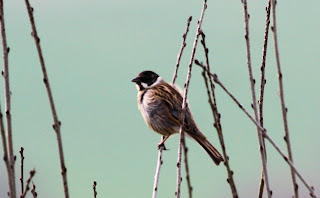 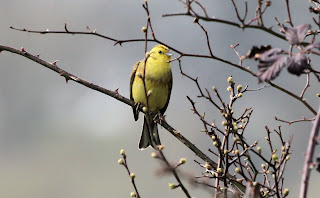 Yellowhammer
Posted by Oxonbirder at 18:30