Raptors, Thrushes and a couple of Stonechat.


A 5 hour bash around Lollingdon and the Lees proved very worthwhile today.
Raptors were very much in evidence with 30+ Red Kite, 14 Buzzard, 3 Kestrel, and 2 Sparrowhawk, a ♂ Peregrine flew west over Lollingdon hill and a ♂ Merlin zipped through the fields near the Lees.


Good numbers of Thrushes about especially around Lollingdon, with up to 500 Fieldfare, 120+ Redwing, 15 Mistle Thrush, 20+ Blackbird and at least 8 Song Thrush, also c100 Goldfinch and at least 6 Siskin with the flocks.
2 Stonechat also seen with 1 on Lollingdon hill feeding mainly from the Hawthorns on the hill and another along the long ditch near the Lees.


A scattering of Lesser Blackback & Black-headed Gulls in the area with c200 LBB’s around the pig farm.
The fields near the Lees held 200+ Skylark and at least 30 Corn Bunting and a handful of Linnet.


2 Common Darter dragonflies also seen during one of the brief sunny spells.
A Chiffchaff in the garden this morning and a Tawny Owl being mobbed by a Robin & a Wren just before dawn and evidence of a Hedgehog in the garden recently. 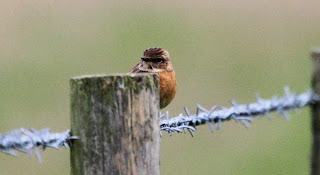 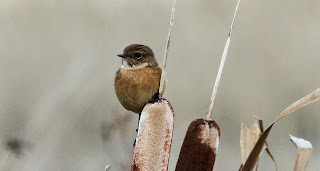 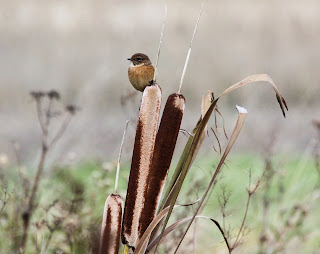 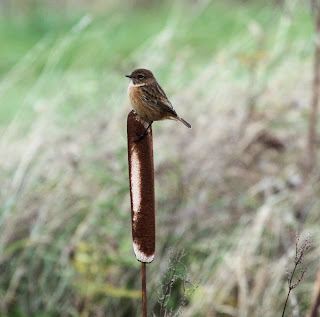 Rubbish pic but the thrush on the left appears to be flying upside down?
Posted by Oxonbirder at 22:30