Shortly after 11:00 yesterday morning a large Pipit flew in from the south and settled high on Lollingdon Hill for around 15 minutes at a range of approx. 80m before being flushed by sheep and disappearing over the top of the hill.

It foraged in the long grass for a short time reminiscent of a Yellow Wagtail and no calls heard.

I managed to get some iffy photos of the bird before it flew off and I searched for a further 2 hours but with no luck.

I also went back to the hill in the late afternoon for several hours but did not relocate the bird again.

A further search this morning but the bird not found.

Thanks to Ian Lewington and Roger Wyatt for their input in id’ing the bird from the photos I took.

This is the 2nd record for Cholsey since one back in 1961 seen by WD (Bill) Campbell. 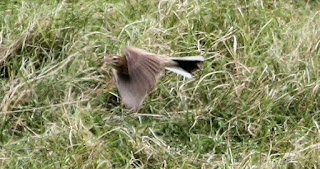 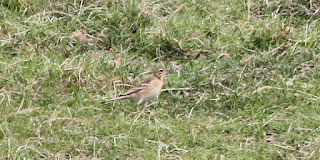 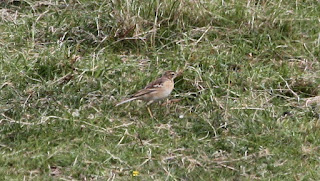