News from the Marsh

A few folk birding on the Marsh this morning with our first Common Whitethroat for the year being found by Brian Wyatt. And one of our local BBOWT volunteers Ed having some great views of a Cuckoo that is present on the Marsh and also seen later. Per Alan Dawson & Tony Williams.

A Common Snipe seen on the marsh this morning, wonder if this will stay and breed. Snipe used to breed on the marsh in the late 80’s and were a common sight “drumming” over the marsh, so here’s hoping.

In a nutshell the “drumming” noise the Snipe makes is created by the modified 2 outer tail feathers vibrating in the air flow during their display flight.

This activity is usually crepuscular so twilight is the best time to observe this.

2 Common Whitethroat noted by Brian, also 2 Cetti’s Warbler and a couple of Reed Warbler along with several Sedge Warbler.

2 Swallow frequent over the garden today. 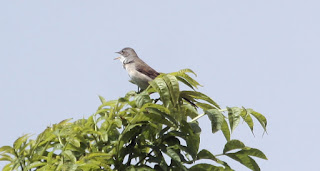 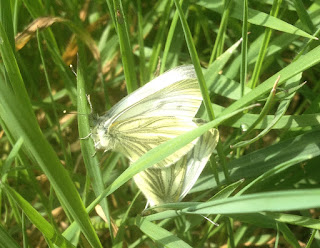