Still a trickle of migrants coming thru, hopefully will pick up.

A Cuckoo and 3 Lesser Whitethroat out at Lollingdon today were the best of the bunch.

4 Mute Swan flew over heading towards the village and the 2 Little Owl present.

A pair of Lapwing in the flooded field. They bred there 2 years ago, wonder if they will try this year?

Sparrowhawk over the garden mid-afternoon and being mobbed by a Pied Wagtail and a Nuthatch and a Chiffchaff in the garden. 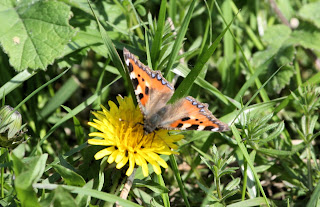 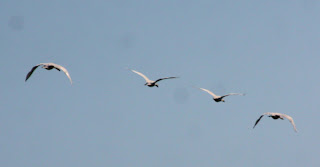 Mute Swans
Posted by Oxonbirder at 21:00