Dull conditions and a blustery time on the hill this morning and another good passage of Hirundines passing over with approx. 200 birds moving.

An alarm call from a passing gull caused me to look up, only to see a female Peregrine Falcon pass swiftly overhead and head off south east and putting up a flock of around 100 Gulls resting in a nearby field.

4 Spotted Flycatcher still present but have moved up the north side of the hill to a more sheltered location and again quite a few Chiffchaff around. 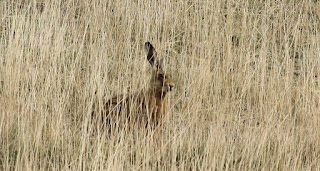 Ivy Mining Bee: first found in the UK in Dorset in 2001 and are now spreading slowly north.

The last solitary bee of the year to appear and coincides with the flowering of Ivy, their food plant. They nest in dense colonies with the males appearing in August and the females around a month later. 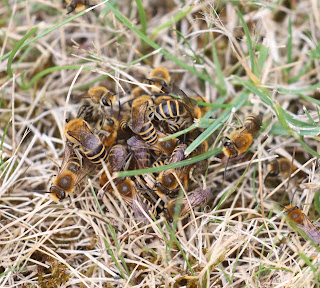 Males clustering around a Female 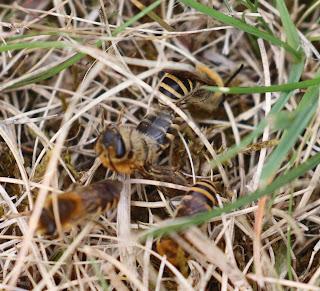 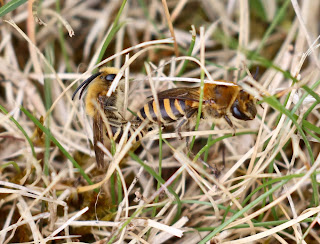