A Kestrel, 3 Red Kite and 2 Buzzard around the hill, also 2 falconers with a Harris Hawk hunting rabbits. They had also put up 2 Woodcock nearby.


Also met a person by the hill who was into “geocaching”, apparently there were 2 items near Lollingdon Hill to be found!


Flocks of Fieldfare and Redwing still passing through and several Skylark around.


Around 50 Corn Bunting roosting at the marsh so far, I expect this to increase as winter progresses.


Also 2 Water Rail heard, 1 on the riverbank and 1 on the marsh and quite a few winter thrushes (Fieldfare and Redwing) around.


I have also emailed BBOWT asking if they have a management plan for Cholsey Marsh.


A couple of Goldcrest along Church rd and a pair of Mallard in the garden.
Red Kite carrying a big stick, flew around for a few minutes with it then dumped it. 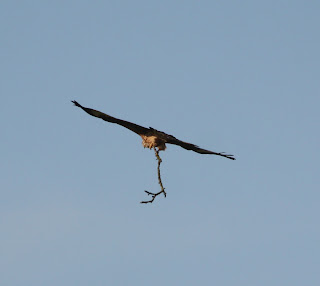 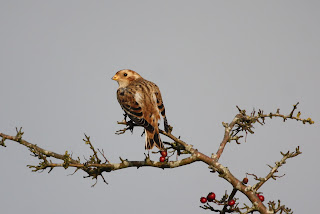 Just thought I would include this pic of a Snow Bunting I found near the Ridgeway at Letcombe Bassett on Tuesday.
Posted by Oxonbirder at 17:57