A Common Sandpiper was feeding along the riverbank.


Water Rail heard and 2 Grey Herons seen, Treecreeper heard singing and both Woodpeckers (Green and Great-spotted) seen. A steady flow of Swallows passing upriver and 3, maybe 4 Kingfishers between Bow Bridge and the 4 Arches.


Buzzard, Red Kite, a pair of Kestrels and a Sparrowhawk all seen.


Then a trip to Farmoor produced 9 Black-necked Grebe, these birds were calling and displaying to each other whilst there!


Lots of Swifts, Swallows, Sand Martins and the odd House Martin, numbers variable as they would disappear after the rain showers, presumably moving on.


Just missed, by 2 minutes a Montagu’s Harrier that literally zipped through and was only seen by 2 people.


Arrived at Lollingdon Hill just as a rain shower had passed and found 5 Wheatear and another Redstart. 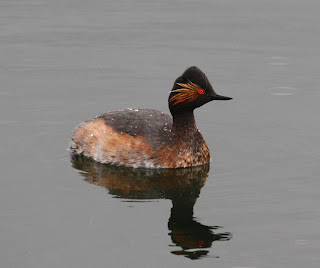 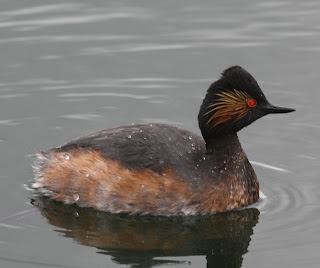 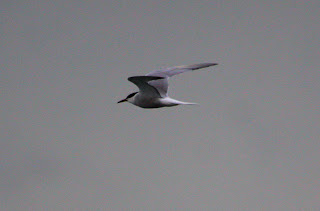 Four of the nine Black-necked Grebes 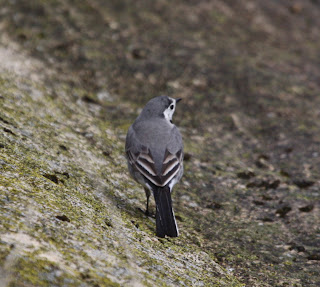 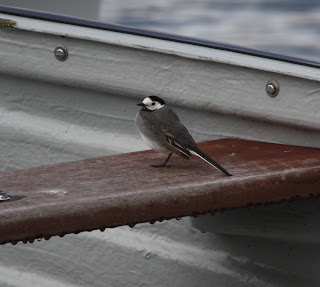 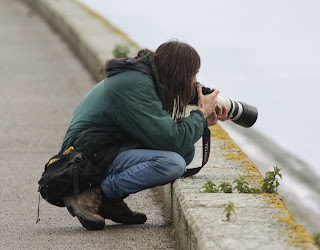 Some ole birder @ Farmoor!
Posted by Oxonbirder at 20:23