Lollingdon hill was rather windswept today, however at least one Wheatear present on the slope and a few Meadow Pipit present and three Chiffchaff on the sheltered side.
Two Raven flew over heading towards the downs and there was a steady stream of Hirundines passing over, several hundred birds with almost equal numbers of Swallow and House Martin. Also a lighter but steady flow of Lesser Blackback Gull, Rook and Jackdaw.


Cholsey Marsh rather quiet, several Chiffchaff present and a few more along the river towards Bow Bridge, six or seven in all, several fair sized Tit flocks seen also.
A Peregrine flew south near Bow and several flocks of between ten and twenty, mainly House Martin and a few Swallow flying down river a Buzzard present and a Kingfisher also noted.


A pair of Grey Wagtail raised two young this summer near the Old Mill near Caps Lane, two birds present there today and Goldcrest heard.
Goldfinch have dominated the garden feeders this week with twelve present at one time on one of the feeding stations and a Coal Tit in the garden yesterday. 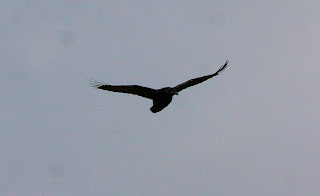 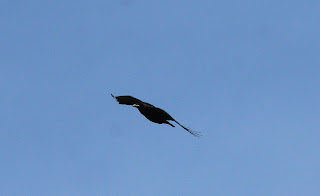