“This person was watched for around 15 minutes digging up handfuls of lilies (using his paddles as spades) and taking them from the island in his kayak. He was going mental at the incubating Canada Geese, which were just standing at their nest and hissing (not approaching or attacking him) – he was the one approaching them to take swings with his paddles. He was with a woman and a red-headed toddler who were sitting on the far bank of the river.”
Thanks to the birder who witnessed this and for the photos, the person was not challenged as he appeared agressive. Anyone know him?


If anyone has a name please let me know and I will notify the authorities. I will also make the photos available to the local wildlife trust and police. 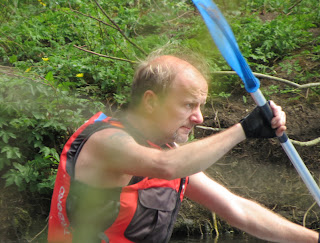 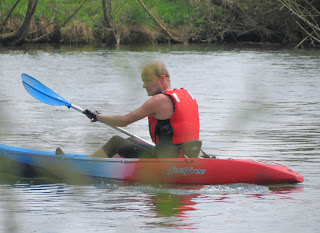