4 hours on Lollingdon hill today saw an unusual and impressive movement of Common Swift with 1500+ flying north also 100+ House Martin, a feeding movement or something else?

There were Swifts in the air for the whole 4 hours with flocks of up to 50+ and the odd 1 or 2 passing over. Also as far as I could see both east and west I could see Swifts moving so there may have been more. They seemed to be pouring off the downs and were at varying altitudes feeding as they passed overhead.

Apart from a flock of 30+ the House Martins were just 1’s and 2’s mixed in with the Swifts.

Also a Hobby flew north, a Black-headed Gull flew west and a Quail heard calling from a field to the south west of the hill.

On the walk out the Lapwing were still present and 2 pairs of Yellow Wagtail around and 36 Stock Dove noted in the Lollingdon area.

A Willow Warbler still in song around the Bullshole.

A Common Spotted Orchid found in the garden today.........an upside of the gardeners not cutting the grass for 5 weeks!

Few butterflies around today given the weather but Small Tortoiseshell, Speckled Wood and Red Admiral all seen. 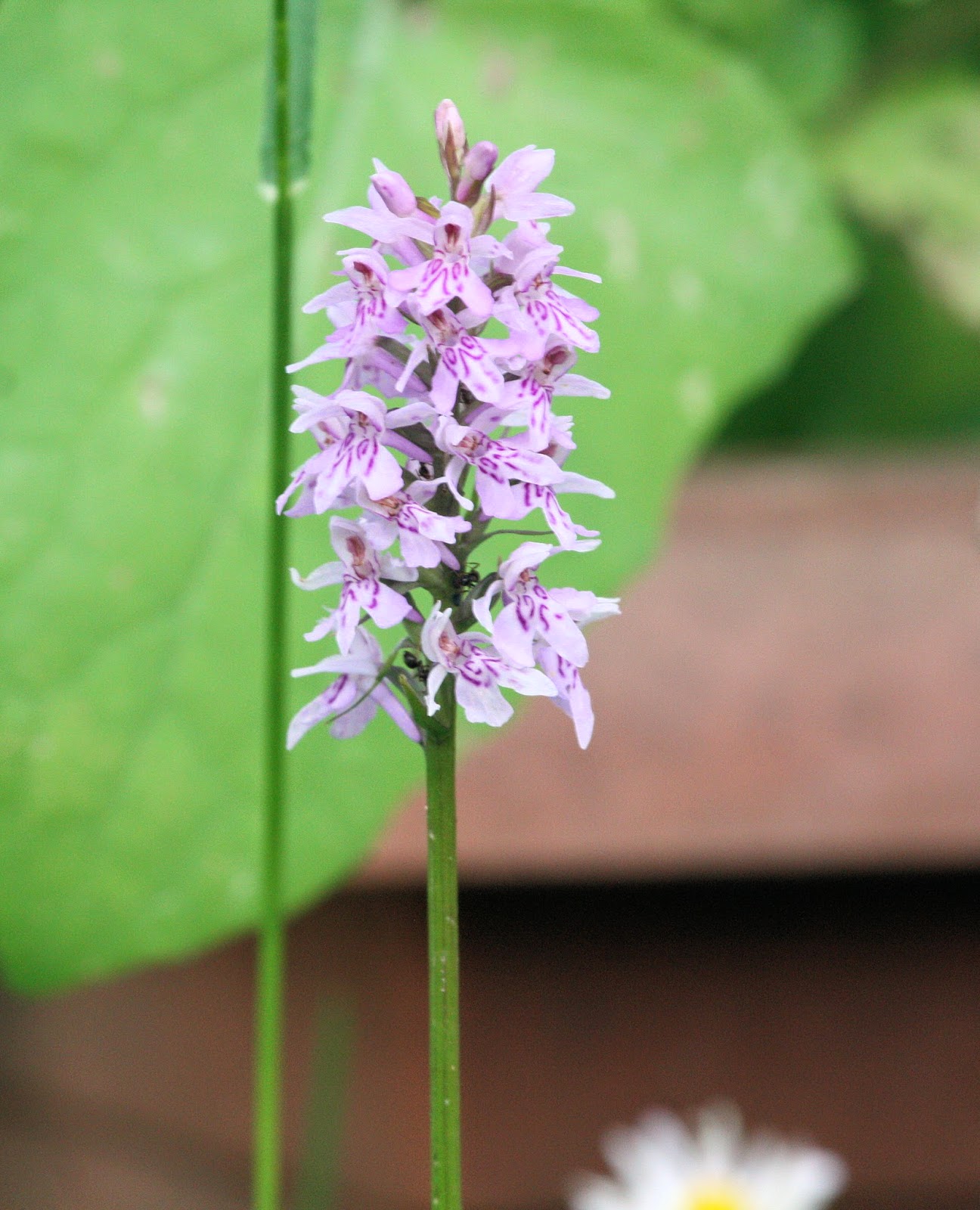 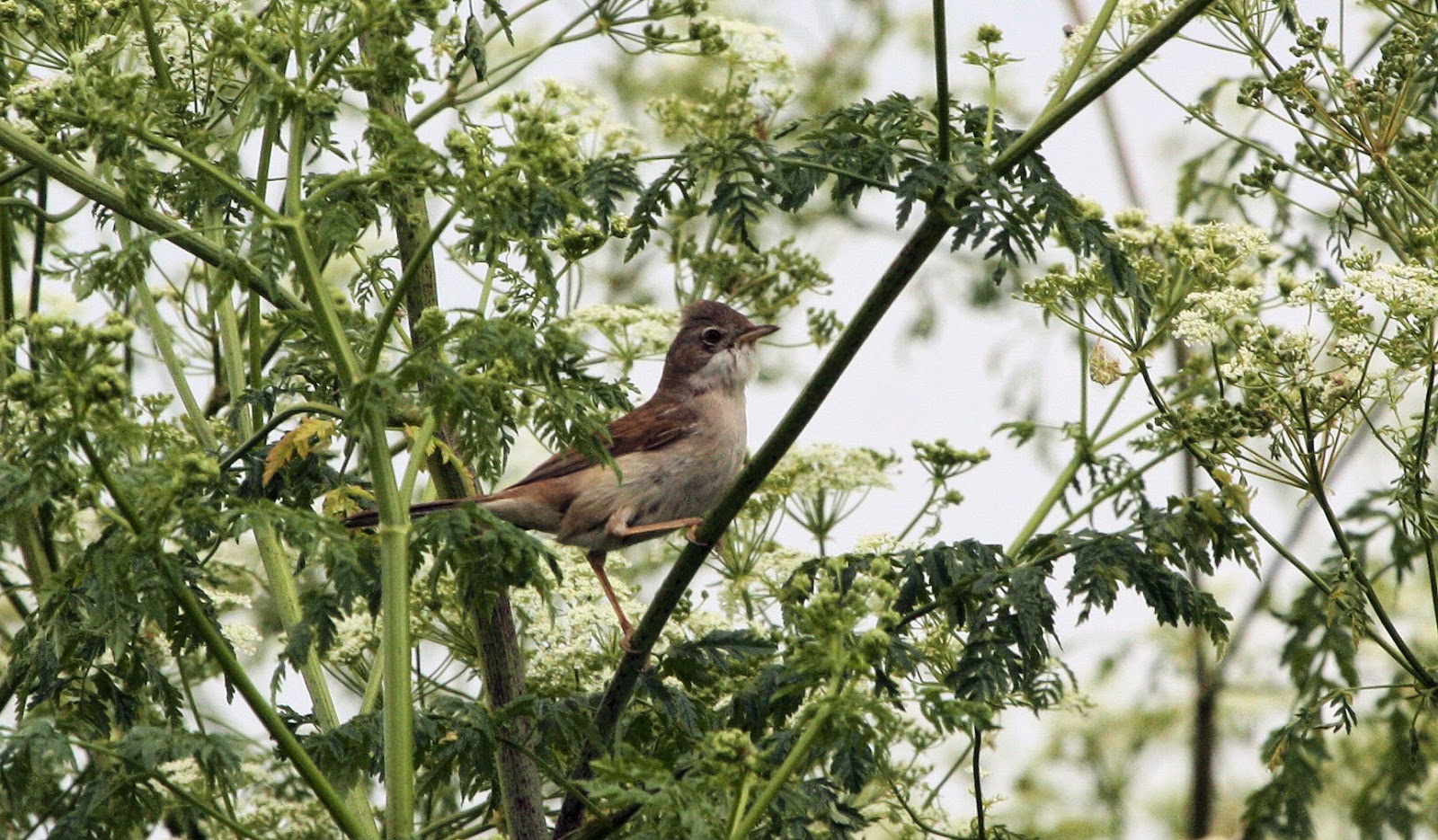 Common Whitethroat
Posted by Oxonbirder at 22:30