The incident happened on 28 November 2014. The three men were seen by a police helicopter in fields near Wootton with a high powered lamp and dogs at approx 1.20am.

Thames Valley Police were able to gain forfeiture of the high powered lamp, worth around £200.

Woods and Pope were fined £500 each, and ordered to pay £50 compensation and £85 costs. Malpass will be sentenced next year.

“We’re obviously very pleased with this result, and with the fact they all pleaded guilty to the charges. Hare coursing and hunting act offences are a priority for the South and Vale Local Policing Area. I commend the work of the officers involved in this case, particularly because their community impact statements were used in court.” 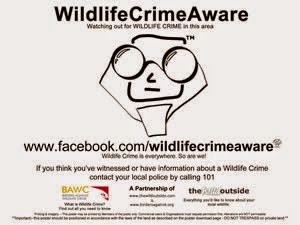