And now for something completely different

The Siege of Wallingford

During the English civil war the Siege of Wallingford took place.

Wallingford was a Royalists stronghold whom supported King Charles as was Oxford (the royalist capital) and after Oxford was taken in 1646 it was down to the Parliamentarian forces under Thomas Fairfax to take Wallingford as one of the last Royalist bastions.

An impressive display by the English Civil War Society of the actual battle and a “living history” display of the times in the castle gardens.

The battle was noisy, smoky and at times appeared chaotic and with several Red Kites soaring over the battle field it felt very atmospheric and authentic. Same again tomorrow! 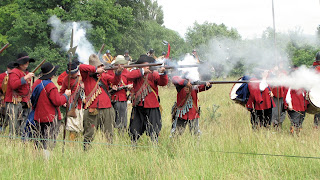 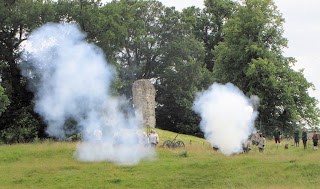 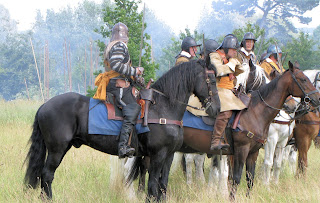 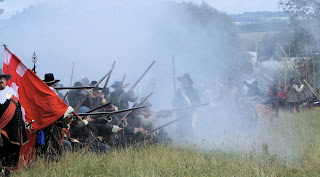 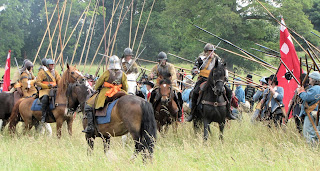 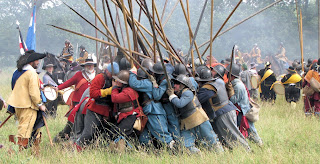 Pikemen battle it out 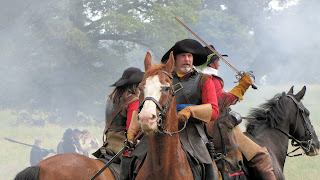 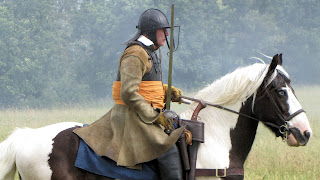 PS: a lot of Butterflies in the Castle Meadows in Wallingford today, many Meadow Brown and Marbled White, also a Small Skipper and a Clouded Yellow.
Posted by Oxonbirder at 21:00