Venus and Jupiter will be visible near each other in the western sky Tuesday and Wednesday in a rare conjunction event.

The planets, which are hundreds of millions of kilometres from each other, will for a short period of time seem to be galactic neighbours, passing very close.

It will be the closest conjunction of the two planets until August 2016.


These shots were taken around 23:00, Venus is the brighter of the two planets. 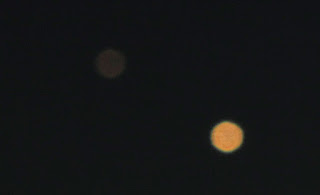 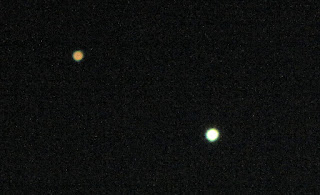 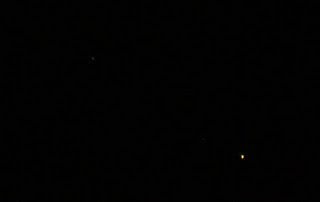