A pleasant day sandwiched between rain of the past few days and forecasted rain for the next few days!


A Black-headed Gull seen on the playing fields and 2 more circling over the village and a Lesser Blackback Gull seen in Lollingdon headed towards Didcot.


2 Sparrowhawks, a Kestrel mobbing a Buzzard and a Hobby noted


4 Yellow Wagtails seen in 3 locations, Swifts, Swallows and House Martins frequently overhead feeding over the fields and a puddle at Manor Farm had 6 House Martins and 2 Swallows, presumably collecting mud. Most of the regular species seen or heard.


The pig fields at the foot of the downs had 500+ Rooks and Jackdaws frequenting them, majority were Rooks.


A pair of Red-legged Partridge in the Cholsey churchyard by Agatha Christies grave.


Several Muntjac Deer and Roe Deer seen and the sunny weather has brought out the butterflies, again with Meadow Browns being the most frequent, also 3 Painted Ladies, a Gatekeeper, Small and Large Whites, Large Skipper, Small Tortoiseshell, a Small Skipper, a Red Admiral and several Ringlets.


Only dragons seen were Azure Damsels.


So far so good with the Squirrel, (he has probably gone to buy a trampoline!).


A Bittern passed through Cholsey this morning, actually one of the heritage A4 Steam locomotives with coaches heading for Oxford with a return journey this evening, 60019 Bittern. 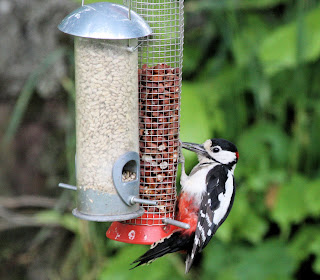 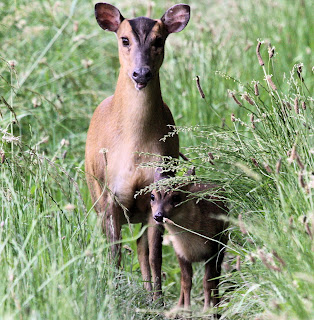 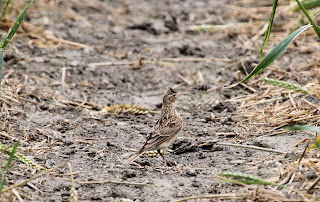 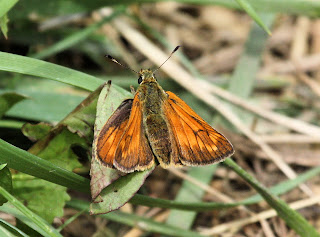 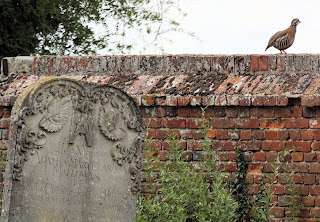 Bittern
Posted by Oxonbirder at 10:03