A look around Cholsey Marsh today produced much of the same, however no Grasshopper or Willow Warbler seen or heard but may still be present. The marsh has quietened down lately but still the odd song around, Reed Bunting were the most frequent in song today. A few Toadlets seen scampering around.
Did not stay too long as it started tipping down again!


Swifts over the village appear to be down again in numbers, around a dozen counted on several occasions, Wallingford still seems to be holding its own with around 30 counted earlier in the week around the town centre and another flock of 20+ in the north of the town!
I may have thwarted the Squirrel by putting an inverted flower pot over the baffle, will wait and see! 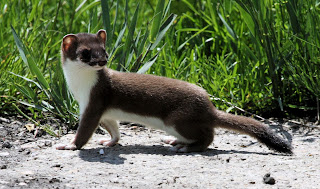 Another shot of a Stoat from the other week. 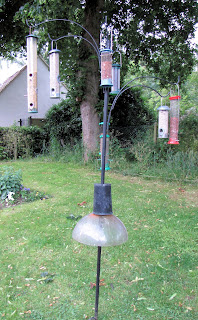 Will this do the trick? 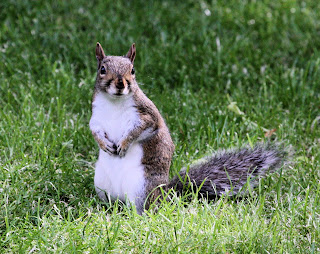 Looks thoughtful.
Posted by Oxonbirder at 23:11