An early visit to Cholsey marsh proved very quiet, a couple of Chiffchaff and Willow Warbler present and a Reed Warbler observed but no Sedge Warblers. A Kingfisher seen, a small but steady stream of Black-headed Gulls moving downstream, and a few Lesser Blackback Gulls flying at a higher altitude and in the same direction.


A flock of 60+ Hirundines were over the marsh and may have roosted there, mainly Swallows, c10 House Martin and 2 Sand Martin also.


2 trips to Lollingdon hill today, this morning found another Redstart on the north side of the hill, it then flew over to the Manor house and I lost it. A few Chiffchaffs and a single Willow Warbler in the vicinity and 5 to 6 Mistle Thrush still around.


The south side was dominated by Kestrels, 7 in all and at one point joined by a male Sparrowhawk that took part in an ariel joust with several Kestrels before flying off west. The only other species on the south side were 3 Carrion Crows that would see off the Kestrels if they strayed too close.


Only 5 there this afternoon.


The long dead remains of a Buzzard found yesterday in the middle of an open field and TW found the remains of a Red Kite close to some overhead cables a few months back!


One of the juvenile Sparrowhawks seen in the garden today and the remains of a Wood Pigeon in the meadow being cleared up by the 2 resident Crows. A Green Woodpecker also around most of the day. 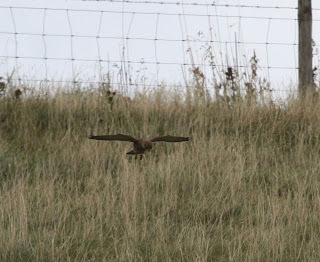 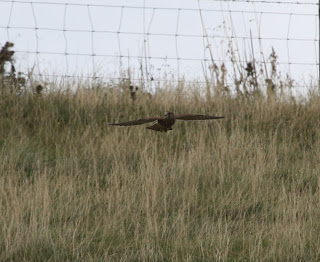 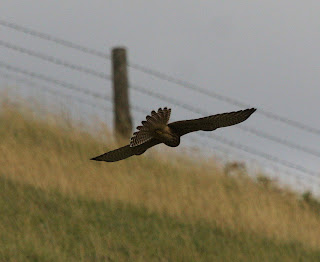 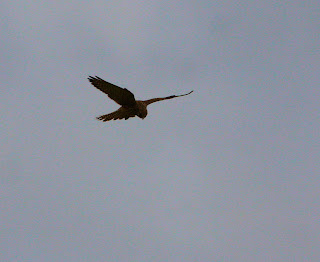