2 Hobby on lane, W of Waterloo bridge, to Cholsey station; one flew low and abruptly S over railway line, very sharp-winged raptor, so assumed Hobby. Seconds later, saw another definite flying high and N toward Cholsey. This bird then began soaring with (and mobbing) ... a male Harris Hawk!. (per MA).

Probably the same 2 Hobby that were over the garden/village yesterday. 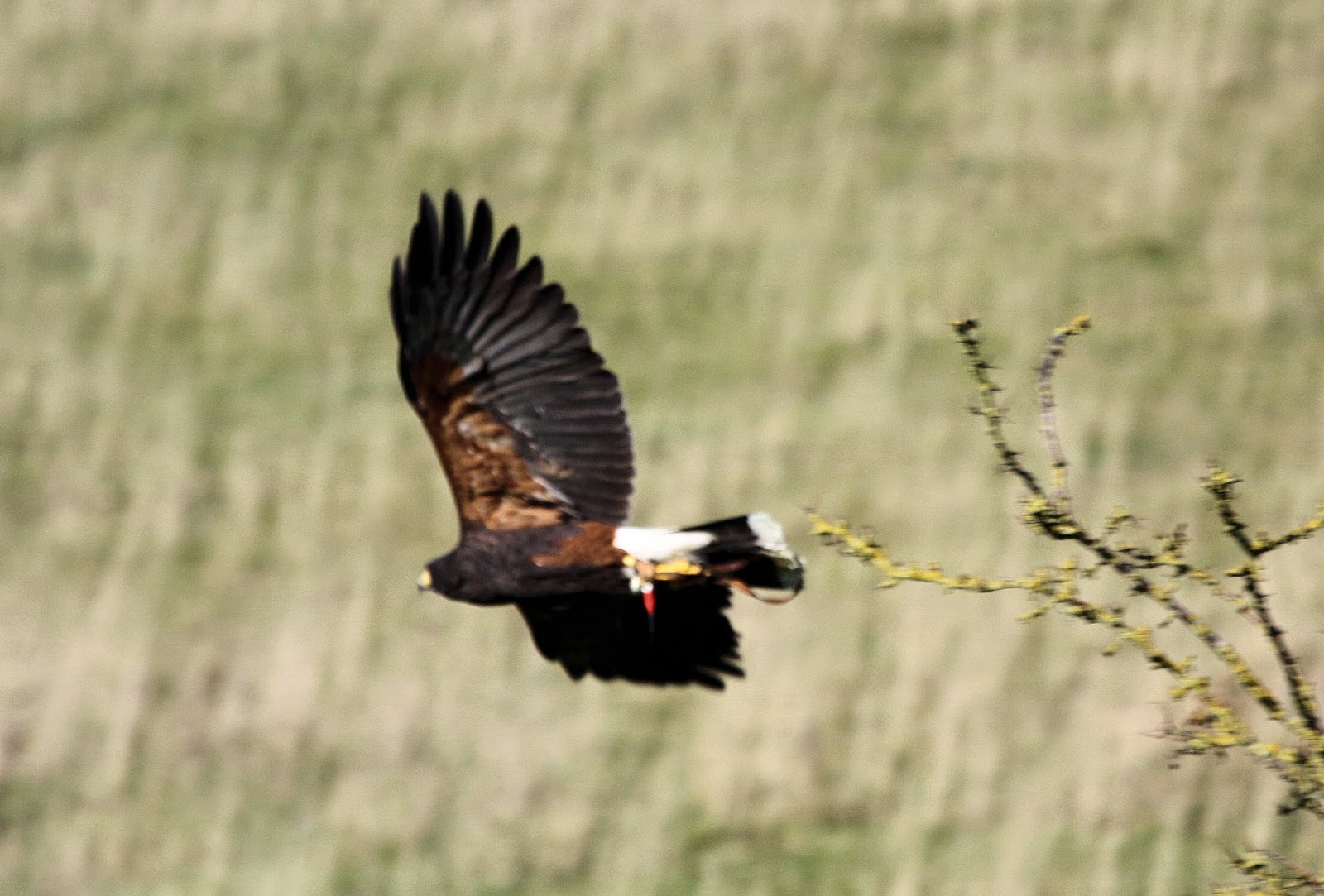 This Harris Hawk has been around for a couple of years now. This pic taken over Cholsey Marsh in 2011.
Posted by Oxonbirder at 11:47