Felt quite warm in a few places, a hint of spring and some incoming migration!

Lollingdon hill hosted 5 Meadow Pipit and a Pied Wagtail this morning that gave a hint of incoming migration, hopefully numbers should build up in the next few weeks. (First Swallows being seen in the south west).

A female Reed Bunting appeared briefly on the hill and moved off north and a Sparrowhawk carrying prey nearby. Judging by the feathers I found it looked like a female Chaffinch it had caught.

Good numbers of Fieldfare still moving thru and only 2 Redwing seen.

On the way back a low flying Buzzard put all the Gulls up on the flooded field along with a Curlew which I initially heard then saw flying off towards the Downs.

Another Sparrowhawk seen soaring overhead and a Kestrel along the hedgerow.

A Raven heard calling and seen flying out to Lollingdon and a Chiffchaff and a Treecreeper heard singing in the Millennium Wood. A Coal Tit singing nearby and another Kestrel near the playing fields.

3 female Blackcap still in a West End garden and a female Brambling this morning. Per TW.

A few Rook still braving a visit to the garden but being hassled by the Crows and Ducks.

Also a visit from 2 Jackdaw, even though they nest at the other end of the meadow they are rarely seen in the garden.

A few Dumbledore around today. (Dumbledore is an 18th century English word for Bumblebee). 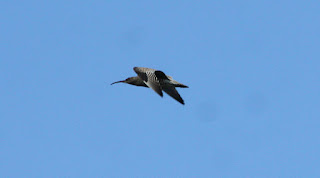 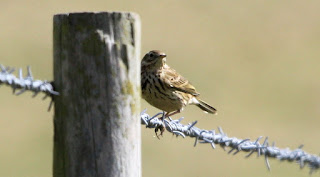 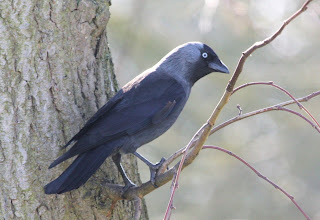 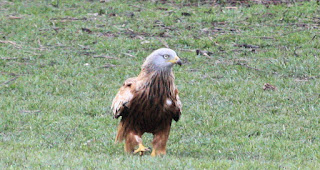 One of out local Red Kite in the Meadow 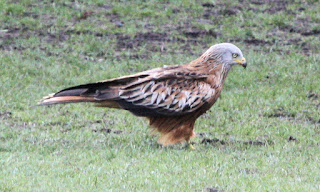 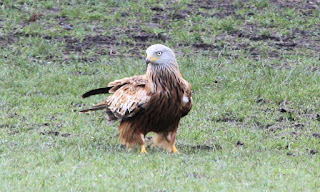