Not as foggy as yesterday but still cold, only some garden updates today as had to go out for the day.
Topped up garden feeders prior to daylight and put some apples and sultanas out.


At least twelve Blackbird present at any one time most squabbling over the apples but enough to go round, a Song Thrush also visited and settled for the sultanas out the way of the Blackbirds.
Two Treecreeper put in an appearance along with a small flock of Long-tailed Tit (6), also two Coal Tit and the usual Great (4) and Blue Tit (6).


The usual Wood Pigeon (14), Collared Dove (4) and two Stock Dove in the garden along with up to fourteen Chaffinch, four Greenfinch and six Goldfinch.
And of course the pair of Carrion Crow. 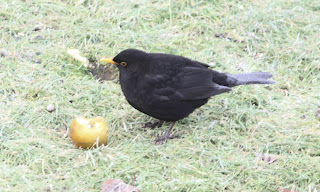 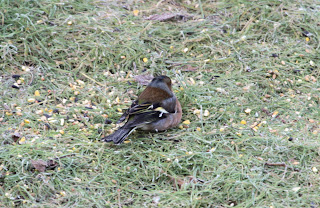