Have not been out birding for several days due to various circumstances but have some observations from driving around locally and the garden.


The weather has turned colder now we are in to December and the garden feeders are being attended far more frequently. Goldfinch are prominent with numbers growing and several Greenfinch have started to turn up regularly, up to six Blackbird feeding in the garden now it has got colder and an irregular Song Thrush. Will put a few apples and sultanas out tonight. The usual Wood Pigeon and Collared Dove along with one or two Stock Dove, other regulars include approx ten Chaffinch, a Robin (always singing at dawn), Wren, two or three Dunnock and a Great-spotted Woodpecker that feeds frequently on suet balls. Blue, Great, Coal and Long-tailed Tit also regular visitors.
Even though the level of the Thames has dropped, the floods at South Moreton are still widespread and it is still attracting large numbers of birds. At peak times there are approx several thousand Gulls, mainly Lesser Blackback Gull and Black-headed Gull. Still a large plover flock with roughly five hundred of each Lapwing and Golden Plover but may well be more, also some Common Snipe and what looked like several Dunlin and a few Teal. The area I watched from has a limited view and some areas are distant so there may be other species present and numbers may be higher. 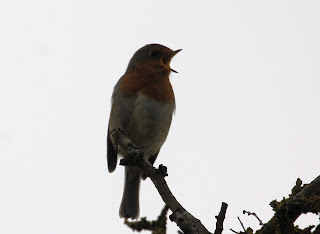