Another murky day so went for a walk to the west of the village via Lollingdon, most fields still partially flooded and frozen. Many winter thrushes now feeding in the fields as virtually all the berry crop has gone, over five hundred of each Fieldfare and Redwing seen in total along with over one hundred Blackbird.
Twenty plus Song Thrush noted but most of these feeding in the leaf litter along the hedgerows and two Mistle Thrush noted.


One field held five Common Snipe, a Grey Heron and a stream that ran along the edge had two Teal and seven Mallard present.
The fields on and around Cholsey hill held several hundred Golden Plover and Lapwing all spread out and foraging the partially frozen fields with again many winter thrushes present, also several small flocks of Starling.


A couple of species counts today on my walk, twenty-three Robin and eighteen Wren noted, not sure whether those figures will be meaningful in any way but may be useful to check back?
A few Kestrel, ten plus Buzzard and Red Kite were the only raptors noted today.


The garden had a rarity today (for the garden that is) in the shape of a Starling that seemed to enjoy the suet balls and sultanas, also the Great-spotted Woodpecker again and a flock of fourteen Long-tailed Tit arrived mid-afternoon and stayed for around five minutes before moving on and the same flock returned several times late afternoon. All the other usual garden visitors present.

Tawny Owls vocal in garden last night.
A couple of Waxwing in Wallingford last weekend and a flock of twelve in nearby Pangbourne (Berkshire) today. 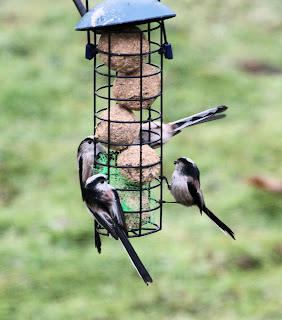 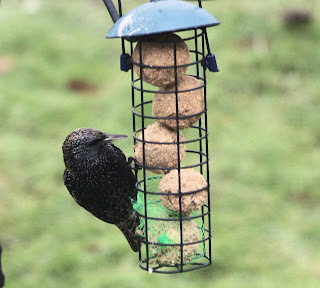 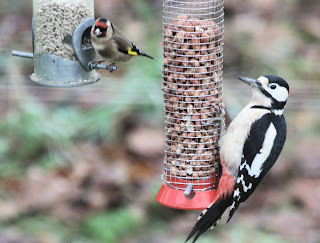 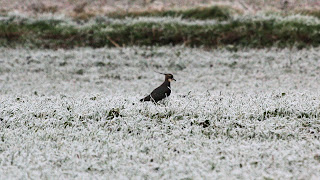 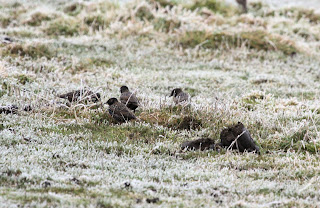 European Starlings
Posted by Oxonbirder at 21:00