Started off with a visit to Lollingdon hill which was rather barren of birds, Robin, Great Tit and Blackbird. However the meadows behind the hill were rather active with a large flock of mainly Fieldfare, Redwing, Starling and Song Thrush (400, 200,100, 10+), and a lot of chattering that normally precedes migration with the Thrushes.
The flooded field at the rear of the hill held seven Dunlin, a Ringed Plover, two Common Gull and around one hundred Black-headed Gull and a few Lapwing. I have been keeping an eye on some of the flooded fields locally and was hoping for a few waders and struck lucky today. The pig fields held quite a few gulls around the flooded areas.

I had an email from Tony Rayner for a possible "Hobby" today over Cholsey and one was recorded in Hampshire yesterday!


Then I got a text confirming the presence of a Ferruginous Duck on Otmoor, so as I had not seen one in the county since 1989 I thought why not!
Forty minute drive through Oxford to Otmoor then a fair walk out to the second screen where it had been seen. On arriving Rog, Badger and Gnome, plus a couple of others were already there but the duck was showing very intermittently so I decided to stick around.


I stayed until dusk but the duck did not show again, possibly with the water levels so high it could just swim off through the reed beds and stay out of sight!
Having not seen the duck there was a few other birds, around eight species of duck, a few geese sp, Little Egret, Lapwing, Golden Plover, Redshank, Bittern, Dunlin, Water Rail, Barn Owl and a Marsh Harrier that appeared late afternoon. Also a flock of mainly Fieldfare, with Redwing and approximately two hundred Starling all chattering away in a field behind us while we were looking for the elusive duck. 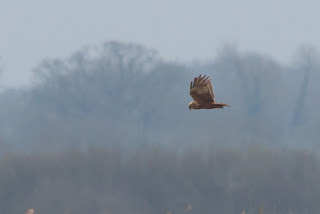 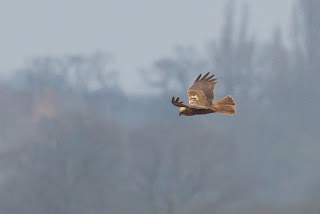 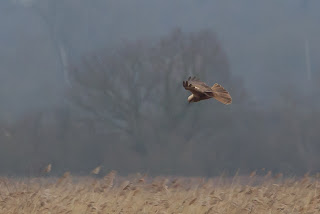 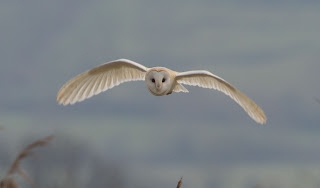