Sunny, 10º, light ENE, a pleasant day at last, still a little chilly but quite a few insects on the wing, so it must be getting milder!


The farmland walk again, not a lot about but just nice to be out in the sunshine, a few Reed Bunting and Yellowhammer back in their breeding sites and a Yellowhammer singing in Lollingdon, a flock of forty Lapwing flew west over Lollingdon hill and a few flocks of gulls passing over.

Quite a few Skylark around with over fifty seen and several in song also thirty plus Meadow Pipit.
Small numbers of Fieldfare and Redwing noted along with several Song Thrush, five pairs of Mistle Thrush and lower numbers of Blackbird than of late. 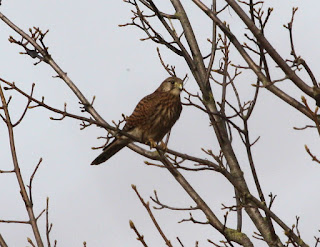 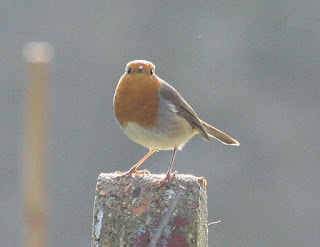 One of the garden Robins.
Posted by Oxonbirder at 21:03