Overcast, 6º, little wind, progressively getting colder with a chance of snow next week! Roll on spring!


Took a walk to Wallingford again this afternoon along the “Bunk line” was not expecting much and was surprised to find a Stonechat along the fence line by the railway near Cholsey SF.
Three ♂ Great-spotted Woodpecker in a dispute in the tall trees by the SF and two Mistle Thrush and several Pied Wagtail feeding there.


Six Lapwing in a nearby field, a few Meadow Pipit and Skylark present also, I could also see a large flock of Gulls, Lapwing and Golden Plover in the distance over the Moreton floods, presumably put up by something or someone. Quite a few Magpie around with a group seven seen.
Two singing Goldcrest in the Winterbrook area and a few House Sparrow present also two Nuthatch in the trees on the Cholsey side of Bradford Brook where it enters the Thames.


The garden has been busy again today, the two Song Thrush, two Blackcap, two Mallard, two Stock Dove and two Moorhen (all twos) amongst the other regular visitors and a couple of Magpie seen in the meadow. 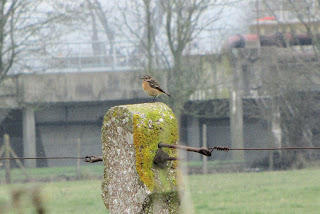 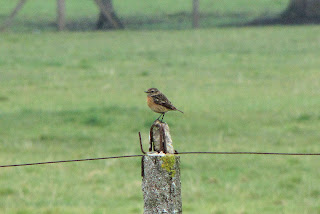 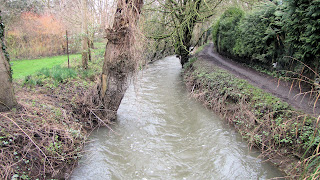