A mixed day, went to Goring this morning to watch my daughter take part in a 10K race in which she completed in a very creditable 59 mins 12 secs, not bad for her first one!
Then went on to Lollingdon Hill apart from a single Raven two hundred plus Fieldfare and a Robin singing there was not much else.


Then went to Wantage to photograph some very colourful furniture for a friends blog, that she had recently finished painting, I then received a text to say some Waxwings had been seen in Blewbury, as it was on my way home I thought I would take a look.
On passing through Blewbury I noticed someone staring up in to a tree which said to me that they were still present. Parked the car and went to take a look and yep, nine Waxwing present, they were feeding on some haws from a couple of rose bushes and drinking from some puddles in a garden next to the main road through Blewbury.

I made a few phone calls and a little later Tony Williams arrived, a few passersby also stopped to take a look. We watched them until 17:10 when they flew off towards the Downs.


A very rewarding day in more ways than one and thanks to Alan Dawson who found the Waxwings!
Back home a Great-spotted Woodpecker has been drumming in the meadow recently and a Green Woodpecker has been very vocal. More song noted this last week with Blackbird, Wren, Dunnock all singing regularly along with the Robin and the Blackcap(s) still practising.

See Richard's Blog for other stuff in or near the garden as he is just over the road from me and the Rookery is between us! http://stuffthatricharddid.blogspot.co.uk/ 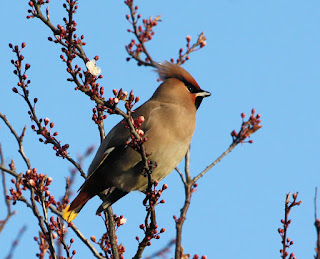 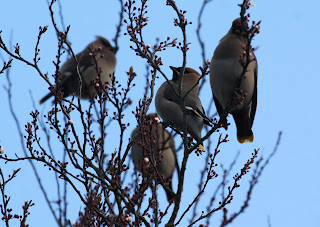 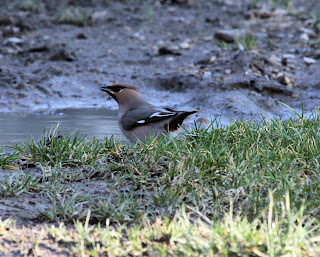 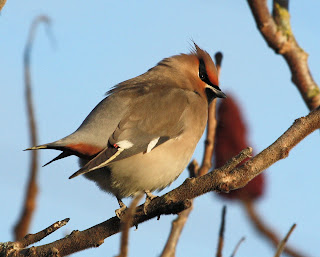 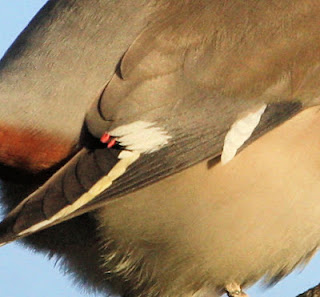 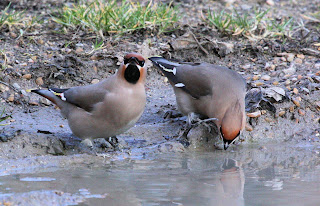 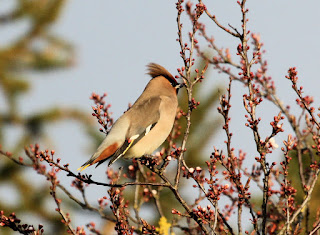 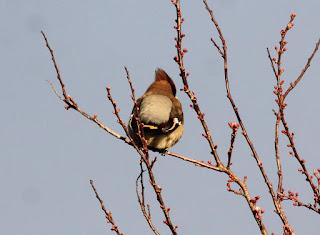 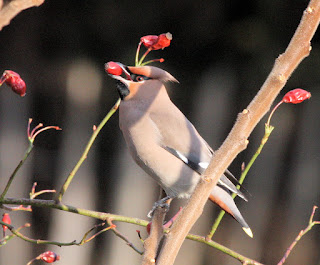 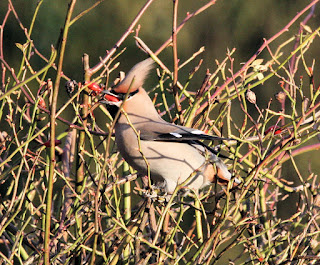 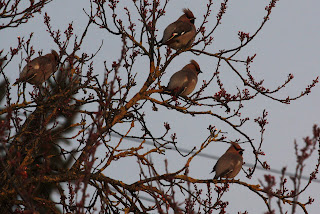 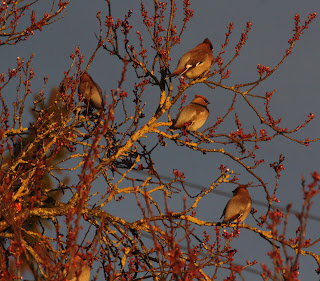