We left Cholsey around 12:30 today to drive down to Portland in Dorset, a rather wet drive as it rained constantly all the way until we arrived in Weymouth shortly after 14:30, to sunny weather.

We decided to stop at Ferrybridge on the north of Portland to finish off our sandwiches and get a coffee. Loren went to the visitors centre for the coffee whilst I ate my sandwich and checked my phone for any tweets from RBNUK or any birders I am following on Twitter.

One of the first tweets I noticed was from Joe Stockwell commenting on an Eastern Subalpine Warbler in the top fields!

At that point I left the car dashed to get Loren, fortunately she had just got the coffee sorted so we jumped back in to the car and left for the Obs post haste.

On arriving at the Obs we had a few brief “hellos”, JL gave us some directions, a quick change of footwear and off up to the top fields.

A few birders were already present on site; unfortunately the bird was not showing. However a few minutes later it appeared around 100 metres away on top of a hedge and pretty good views were obtained over the next half hour or so.

I tried a few camera shots but the bird was too distant to get a good shot.

Thanks to Martin Cade for the following couple of pics and to Glen Maddison for finding the bird. 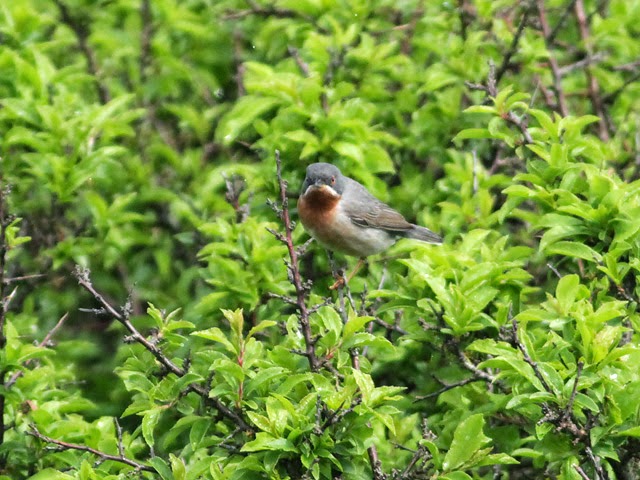 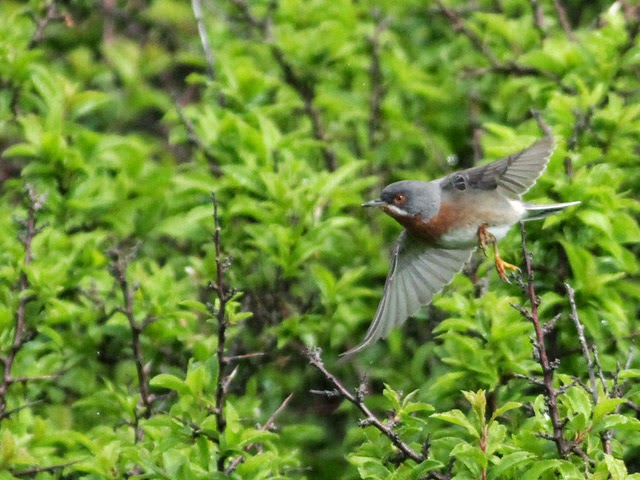