A visit to Cholsey marsh again this afternoon, the Thames has risen slightly from yesterday.
No sign of the Shrike again today but a Eurasian Bittern put in an appearance. First seen after being flushed by a Spaniel and then seen later on the south section of the marsh and seen to cross the bottom of Ferry rd and move off in to the north section of the marsh and is probably half way to Wallingford by now.
Geoff & Bob Wyatt, Michael Pocock  & Richard Broughton managed to see it also.


Around twenty Common Snipe and the same of Teal seen and a Chiffchaff heard calling.
No Corn Buntings this evening, where do they go? Usual number of Reed Bunting and two Yellowhammer roosted in the Sedge and a probable sighting of the Cetti’s Warbler, also a late Barn Owl showed hunting the southern edge of the marsh.


A ♂ Sparrowhawk in the garden this morning along with a Pheasant and Stock Dove and the ringed ♂ Blackcap still visiting the garden. 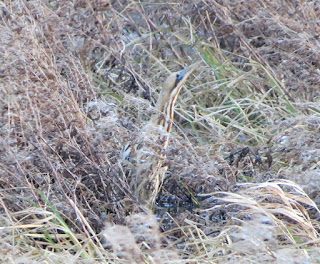 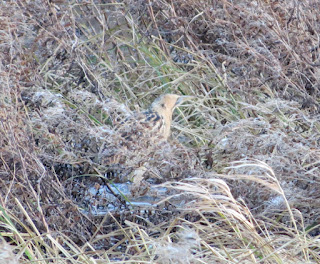 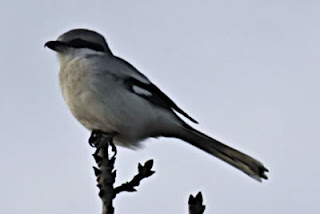