Two more for the year.


Only a couple of hours out today around the farmland to the west of the village, the ground still waterlogged but less so than previously as we have had two days without rain!
The two Stonechat still present and mild enough to have small insects on the wing that they were feeding on and a ♂ Peregrine seen flying to and resting up on a pylon. Could not get anywhere near the Stonechat or Peregrine unfortunately!


Not so many gulls around today, as with Lapwing and Golden Plover, maybe they have not been disturbed at the South Moreton floods where the majority are?
Still good numbers of Fieldfare and Redwing and similar species around as of 2nd Jan.


Tony Williams had a Raven on Lollingdon hill recently. 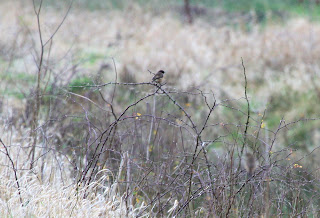 One of the Stonechats. 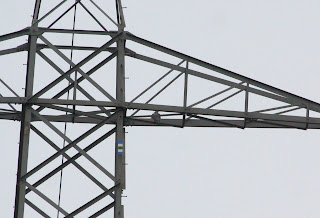