Three Blackcaps in the garden today along with the regular crew, two males and briefly a female. None of the birds appeared to have a ring so they were not the same ones as Richard had in his garden just over the road. Also, they are very partial to suet balls, whereas last winter the ones that appeared in the garden were partial to sultanas; both foods were available last winter and this. 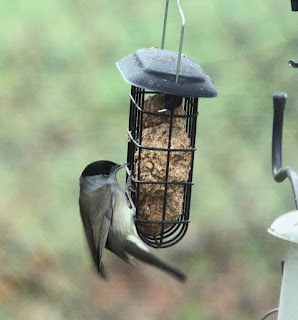 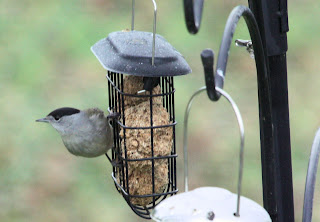 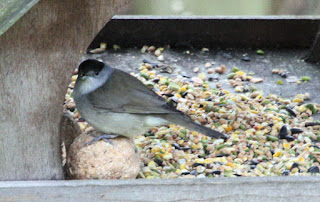 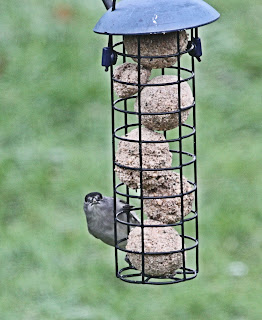 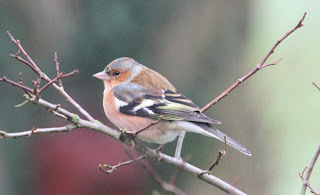 Email ThisBlogThis!Share to TwitterShare to FacebookShare to Pinterest
Labels: Blackcap