Good start to the year!

The morning spent out in Lollingdon and the west of the village, and then back home for lunch and after that the river and Cholsey marsh p.m.
A good day with seventy-one bird species seen in just less than seven hours birding.
Still soggy underfoot and a lot of minor flooding in the fields and Cholsey marsh still submerged and the Thames a few hundred metres wider than usual!
Approximately four hours initially out on the farmland, a couple of Jay seen in the millennium wood, two Stonechat still present in the area, a Teal, several Common Snipe, small flocks of Lapwing and Golden Plover around and four Grey Partridge. Also flocks of Fieldfare, Redwing, and plenty of Gulls, Lesser Blackback, Black-headed and a few Common Gull.
Back home for lunch and a ♀ Blackcap appeared in the garden and three Lesser Redpoll on the feeders with the Goldfinch (the camera was in the car at this point!); by the time I had retrieved the camera the Blackcap and Redpoll had gone unfortunately. So had to be content with a few shots of some Finches and the Stock Dove that was present. A Grey Wagtail put in a brief appearance in the garden before flying off along Cholsey Brook and a Treecreeper present again.
Sat at the computer a little later looking in to the garden when suddenly everything flew from the garden and a male Sparrowhawk landed on a feeder tray, and he was not after the sultanas! The only bird that did not fly off was the Carrion Crow that continued to feed in the garden.
After lunch (14:45) I went down to Cholsey marsh and just after 15:00 a ringtail Hen Harrier flew across the north end of the marsh crossed the river and headed towards South Stoke and a few minutes later a ♀ Sparrowhawk flew through putting everything in to a panic but she did not stop.
A few Siskin feeding in the bank side Alders with a small flock of Goldfinch, the Alders are currently in nearly a metre of water and I was unable to get within a hundred metres of the riverbank. The Cetti’s Warbler still present, seen initially close to ferry road then heard several times as it moved off to the south of the marsh.
Four Egyptian Geese flew upstream calling and several Canada and Greylag Geese seen on the floods near the four Arches railway bridge.
Over one hundred Corn Bunting roosted this evening on the marsh, twenty plus Reed Bunting also and a couple of Yellowhammer possibly roosted there, at least three Water Rail heard again calling at dusk, and another couple of Jay heard over the river at Little Stoke.
Full list of species today - Mute Swan, Greylag Goose, Canada Goose, Egyptian Goose, Mallard, Teal, Red-legged Partridge, Grey Partridge, Pheasant, Great Crested Grebe, Cormorant, Grey Heron, Red Kite, Hen Harrier, Buzzard, Sparrowhawk, Kestrel, Water Rail, Moorhen, Coot, Golden Plover, Lapwing, Common Snipe, Black-headed Gull, Common Gull, Lesser Blackback Gull, Feral Pigeon, Stock Dove, Wood Pigeon, Collared Dove, Tawny Owl, Green Woodpecker, Great-spotted Woodpecker, Skylark, Meadow Pipit, Pied Wagtail, Grey Wagtail, Dunnock, Robin, Stonechat, Song Thrush, Redwing, Mistle Thrush, Fieldfare, Blackbird, Blackcap, Cetti’s Warbler, Goldcrest, Wren, Great Tit, Blue Tit, Coal Tit, Long-tailed Tit, Treecreeper, Magpie, Jay, Jackdaw, Rook, Carrion Crow, Starling, House Sparrow, Chaffinch, Linnet, Lesser Redpoll, Goldfinch, Greenfinch, Siskin, Bullfinch, Reed Bunting, Yellowhammer and Corn Bunting. 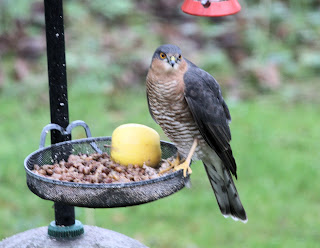 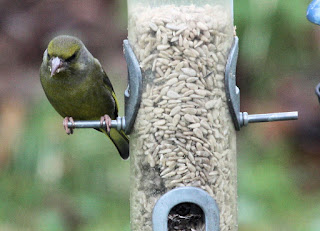 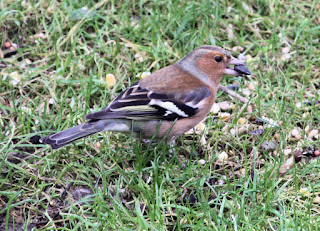 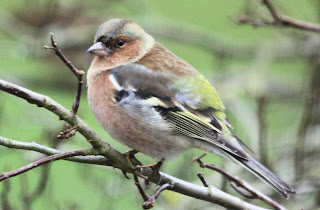 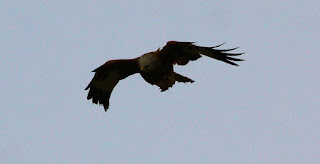 Red Kite looking and not sure what it found? 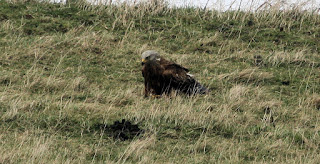 Roe Deer
Posted by Oxonbirder at 21:27